​From Riches to Rags 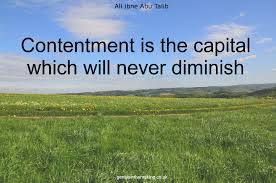 Saintly Women around Siddeeq [Part 4] – Wife of Qari Siddeeq #1
The wife of Qari Siddeeq (rahimahullah) was an amazing woman. She was born in May 1931 and passed away in August 1993. Being a woman who lived not so long ago, we would perhaps find it easier to relate to her.

Qari Siddeeq (rahimahullah) would often mention the following in praise of his wife:

“My wife was from a rich family and my father-in-law held a very high position. They lived a life of great comfort and luxury (and had servants to do all the work at their home). She had even been proposed to a colonel initially. Allah Ta‘ala, however, decreed that she marry me. She spent her life with me in poverty. Despite the hardship, she was very tolerant and made excessive sabr. At times, she would sew clothing and sell it to cover the home expenses. She was not extravagant in her food. She would sometimes eat chutni and roti, sometimes just dry bread, and would sometimes prepare some gravy as well. When there were guests, she would prepare the best that she could, which was a potato curry, as it was difficult to acquire anything else in the place we lived in. Most women have a habit of looking at other women’s clothing, jewellery, etc., and thereafter demanding the same for themselves. However, my wife was such that she never even noticed what the other women were wearing and eating, and she never made any kind of request or demand. She ate and wore whatever was available. Patience and contentment were among her outstanding qualities. In times of hardship and poverty, neither did she ever complain, nor did she express intolerance through her speech or actions. She would even plaster the mud walls of the home with her bare hands.”

He also once mentioned, “My wife was one in thousands. It is extremely difficult to find someone like her.”

1. In order to cultivate contentment, we have to reflect over the innumerable bounties with which we have been blessed and also refrain from looking at the bounties of others. There will always be people in the world who have more or have better than us. If we keep looking at them, we will never learn to appreciate what we have and be content.

2. Those who are patient and persevere for the pleasure of Allah Ta‘ala, they become a means of great inspiration for others. Nobody is inspired by the comforts and luxuries that anyone enjoyed, though it was within permissible limits.

3. While one should always ask for ‘aafiyat, the wat to avoid any challenges overwhelming one is to keep reminding oneself that this world is a temporary abode and that these tests will soon pass. The most important aspect is to pass the tests that come – and that is through patience and sincerely turning to Allah Ta‘ala.

(to be continued insha-Allah