Loyalty to Him Comes First 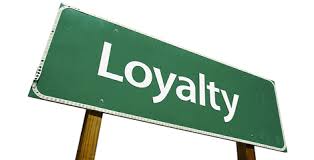 Shamsuddeen Muhammad bin Hamzah bin Muhammad Al-Fanaari (rahimahullah) was a great Mufti and Qaadhi during the reign of the Abbasid ruler, Baayazeed Khan. He was born in 751 A.H. and was the grand teacher of the great scholar, ‘Allaamah Jalaaluddeen Suyooti (rahimahullah).

Baayazeed Khan later asked the Qaadhi, “Why did you reject my testimony?” In reply, Qaadhi Shamsuddeen (rahimahullah) said, “You are not a credible witness because you do not perform salaah with jamaat in the musjid.” On hearing this, Baayazeed Khan acknowledged his error and in order to rectify it, he constructed a musjid opposite his palace. He would thereafter perform every salaah with jamaat in that musjid. (Ash-Shaqaa-iqun-Nu’maaniyyah, pg. 19)

2. When a person is loyal to Allah Ta‘ala, he will not be prepared to compromise his deeni standards for anyone. Hence Qaadhi Shamsuddeen (rahimahullah) rejected the testimony of the ruler of the time and did not make a special concession for him. Similarly, in our own lives, we may be faced with a situation where we have to choose between making Allah Ta‘ala happy or making someone else happy. We have to remember that our ties and loyalty to Allah Ta‘ala come first and can under no circumstances be sacrificed.