​Adopting a Respectful Attitude when Correcting a Senior 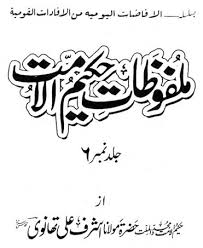 Once Hazrat Moulana Ashraf Ali Thanwi (rahmatullahi ‘alaihi) mentioned:
On one occasion while I was seated in the musjid, it occurred to me that I required some small change. One person had some small change, therefore I handed over the notes to him and in return he gave me the change. Present nearby was one of my students, Moulana Muhammad Rashid Saheb. Witnessing this deal taking place in the musjid, he came up to me and asked me in an utmost respectful manner whether this deal falls under the ambit of a business transaction?

At once I realized my mistake and thanked him for bringing it to my attention, and said that I did not realize that this was a business deal in sharee’ah (bay’us sarf) and thus impermissible to be transacted in the masjid. Thereafter I cancelled the deal by returning the small change to that person and took my money back. Subsequently, I asked that person to come out of the masjid and renew the transaction.

Nevertheless, we went out of the masjid and I gave him the money while he gave me the change that I required. I was really pleased by the manner in which Moulana Muhammad Rashid Saheb conducted himself. It was necessary for him to inform me that the transaction is impermissible; however he expressed it with utmost respect by asking me whether it fell under the ambit of a sale or not. (Malfoozaat Hakeemul Ummat 10/ 65)