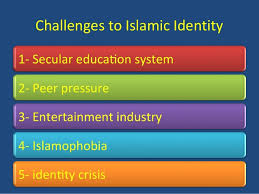 I was once addressing a group of women at a certain venue. The man of the house approached me and said: “My wife wishes to pose a question to you on condition that I must not be present.” I declared: “You have the option of staying or leaving, but a few other males will remain with me.” He agreed to this request and his wife, speaking from behind a curtain, began her questioning.

She commenced by pointing out that she had forwarded this question to various other ‘Ulama, but received no satisfactory answer. “I believe,” she started, “that whatever is contained in the Quraan is correct, but it is my opinion that it was not directly revealed from Allah Ta‘ala, but compiled by Nabi (sallallahu ‘alaihi wasallam) and thereafter he, Nabi (sallallahu ‘alaihi wasallam), declared that it was from Allah Ta‘ala merely to pacify the people.”

Where did this drivel emanate? These types of thoughts and lopsided reasoning are the fruits of English secular education. The teachers in the secular schools are devoid of any understanding of deen and, combined with the secular school curriculum, the child is influenced to reason along these lines that the Quraan is not the divine word of Allah Ta‘ala, etc. Now, what is to be expected of the state of one’s imaan? One of the fundamental beliefs of Islam is to unequivocally believe that the Quraan was revealed by Allah Ta‘ala and is the source of guidance for all.

“Tell me,” I asked. “Have you read the seerat (biography) of Nabi (sallallahu ‘alaihi wasallam)?” “Yes,” she instinctively replied. “I have read it in Urdu and English.” “Then tell me,” I pointed out. “Did you come across in the seerat that two distinguishing qualities of Nabi (sallallahu ‘alaihi wasallam) were his honesty and truthfulness?” “Yes,” she admitted. “I have come across this many a times.” “Then your question has been answered!” “How? I do not understand,” she said, puzzled. I then explained: “To claim that something was revealed by Allah Ta‘ala, but in reality was not, is dishonesty and an honest person will not make such a claim. An honest person will never hide that which was revealed to him no matter how beneficial or detrimental it may prove to be to the general people. If an honest son quotes his father, he will not attribute anything to his father that he thinks will benefit the listener without pointing out that he has added this statement from his own side. Similarly, to suggest that Nabi (sallallahu ‘alaihi wasallam) had declared that the Quraan was revealed by Allah Ta‘ala, merely to pacify the people, is ludicrous because such an audacious claim will eventually be exposed. Your reasoning belittles the intellect of Nabi (sallallahu ‘alaihi wasallam) because it concludes that Nabi (sallallahu ‘alaihi wasallam) did not consider the possibility that people will eventually realise that the Quraan was indeed not revealed by Allah Ta‘ala and the years of toiling and striving he had undertaken, to spread the message, will be rendered useless. Na‘oozubillah! Not considering the final outcome of one’s actions depicts one’s level of intelligence, and intelligent people generally think about the end result of their words and actions.” “Now I understand,” she said.

This woman had acquired English secular education! The point that I wish to draw your attention to is that if we are going to dispatch our daughters to secular schools, they will be indoctrinated with negative sentiments and ideologies about Islam. They will deny the revelation of the Quraan, the prophethood of Nabi (sallallahu ‘alaihi wasallam) and the existence of the malaa’ikah. They will opine that salaah, sajdah, ruku’ and other ‘ibaadaat are dogmatic actions and they will not observe purdah, but dress immodestly, shamefully exposing their bodies. What will be the outcome of this? Utter ruination in this world and the Hereafter! (Discources of Faqeehul Ummat vol. 2, pg. 190)