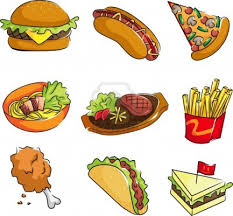 Too much fast food can pose severe health problems for children. Highlighting this point, a new study found children who consumed fast food three or more times a week experiencing severe allergic reactions like asthma, eczema and rhinitis (hay fever).
Asthma is an inflammation of the air passage, leading to a narrowing of the airways that carry air from the mouth and nose to the lungs. It is one of the most common chronic conditions, affecting one in 20 American children.
Rhinitis (hay fever) is a chronic nasal problem affecting a significant number of young children and teens in the United States. Sneezing, runny nose, itching and blocked nose are some of the symptoms of this condition.
Eczema or dermatitis is a chronic disease that affects approximately 10 to 20 percent of all infants. Atopic dermatitis is one of the most common types of eczema found among babies and children. According to the New York Presbyterian Hospital, more than 15 million American adults and children have atopic dermatitis.
For the study, the authors looked at more than 319,000 teens, aged 13 or 14, from 51 countries and more than 181,000 children aged between six or seven, from 31 countries.
All the children and teens were originally part of the International Study of Asthma and Allergies in Childhood (ISAAC).

Researchers interviewed parents and collected information about the participants’ food habits and history of conditions like asthma, eczema and rhinoconjunctivitis.
Researchers found children and teens who consumed fast food like fries, pizza and burgers at a 27 and 39 percent higher risk, respectively, of experiencing asthma, as well as rhinitis and eczema, compared to others.

In the authors’ view, high levels of saturated and trans fatty acids in the fast food are the main culprits.
On the other hand, fruit intake was found protecting the participants against these conditions or helping to reduce the symptoms.

According to the authors, the antioxidants contained in the fruits may be leading to this occurrence.
“If the associations between fast foods and the symptom prevalence of asthma, rhinoconjunctivitis and eczema is causal, then the findings have major public health significance owing to the rising consumption of fast foods globally,” the authors wrote.
The study has been published in BMJ’s respiratory medicine journal Thorax.