WHAT IS THE DIVINE MESSAGE IN DESTRUCTION? 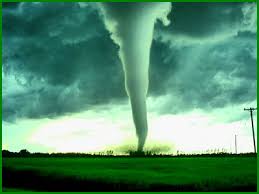 WHAT IS THE DIVINE MESSAGE IN THIS DESTRUCTION?

Yesterday, many homes were flooded in Durban, roofs were blown off, carports uprooted, a clinic was gutted and the entire Phumlani mall in Tembisa was shredded. The lives of many were instantly affected, but a state of emergency was not announced. The destruction was huge, but not huge enough. This morning, this one-day old event is stale news already, as well as the earth tremors that shook us a few months ago, and the crippling drought a few short months ago that still lingers in some parts of our beautiful country. People forget very easily. We forget national tragedies and personal calamities very quickly. In our arrogance, we forget the time we couldn’t lift a finger lying helplessly on a hospital bed. For many, all these are just natural occurrences to be expected.

As we eagerly tap our smartphones and gleefully read that the weather is about to clear today and our weekend plans can go ahead, the entire significance of last night is lost. If someone knocks you with huge hammer on the head which leaves you unconscious for over a day, will you wake up and continue your normal routine as if nothing happened, or will you investigate who knocked you and why? Will a person suffering from chronic migraine just pop painamols the whole day, every day,  instead of searching for the root cause of his headaches and eliminating it once and for all?

Well, the same goes for catastrophic natural disasters and personal calamities like robberies, accidents, crippling sicknesses etc. Our Most-Merciful Allah is sending us a message. Change your life before a more powerful reminder comes. Today, one mall was shredded to pieces, tomorrow it may be half the city. Let us take the example of the tribe of Sayyadina Yunus ibn Matta (‘Alaihis Salaam) who promptly  repented as they seen the black clouds of destruction approaching. They repented timorously and were saved from a painful and ominous end. And let’s not become like the tribe of Sayyadina Nuh (‘Alaihis Salaam) who were warned of a punishment, but they ignored it. They seen the ark being prepared and knew of  an impending flood of gigantic proportions, but they chose to jeer at Sayyadina Nuh (‘Alaihis Salaam) and thought that such a thing can never afflict them.

Listen to the eloquence of the Qur’an about the episode of Sayyadina Nuh (‘Alaihis Salaam): “The people of Noah rejected the Truth before them; they rejected Our servant and said: A madman spurned by our gods. He called on his Lord: I am overcome; do Thou avenge me. Thereupon, We opened the gates of heaven (the skies) with water pouring down; and We caused the earth to burst forth with springs, so the two waters met for a purpose, which had been pre-determined”. (54:10-13) For the tribe of ‘Ad, it was hurricanes: “The tribe of ‘Ad also rejected the Truth. How terrible then was My chastisement and My warning! We sent against them a furious wind, for a long period of time of un-ending ill-luck, which tore people away as though they were trunks of uprooted and hollow palm trees”. (54:19-21)

Mankind generally dismisses these punishments as stories of old, so it will be today. I don’t want to sound like a prophet of doom, but for those Muslims with discernment, it’s time to examine our lives and set things in order before it’s too late. When we study the Quran Kareem and Ahadith minutely, we can conclude three points:
1. Natural disasters are punishment of Allah Ta’ala for those people who are either arrogant disbelievers or who cross His limits;

2. Natural disasters are warning for the sinners amongst Muslims;

3. Natural disasters are a test for the believers.

Whatever is destruction befall man is rightly deserved by him: “And whatever of misfortune befalls you, it is because of what your hands have earned. And He pardons much.” (Ash-Shura 42:30) In fact, this punishment is a mercy to repent before is too late: “And if Allah were to punish men for that which they earned, He would not leave a moving (living) creature on the surface of the earth, but He gives them respite to an appointed term, and when their term comes, then verily, Allah is Ever All-Seer of His slaves.” (Fatir 35:45)

So, no one should raise idiotic questions like “How can Allah allow this to happen?” when such phenomenon take place. In fact, a believer should be THANKFUL for them as is borne out from these two verses of the Qur’an Kareem:

“And verily, We will make them taste the near torment (i.e. the torment in the life of this world, i.e. disasters, calamities, etc.) prior to the supreme torment (in the Hereafter), in order that they may (repent and) return (i.e. accept Islâm). (As-Sajdah 32:21)

“See they not that they are tried once or twice every year (with different kinds of calamities, disease, famine, etc.)? Yet, they turn not in repentance, nor do they learn a lesson (from it). (At-Tawbah 9:126)

As the raging winds picked up momentum, how many of us thought this would be their last few moments on earth, and fell down in Sajdah? But this was exactly the attitude of our most noble Prophet, the Imam of Tauheed (Sallallahu ‘Alaihi w Sallam).

Narrated our mother ‘Aisha: “I never saw Allah’s Apostle laughing loudly enough to enable me to see his uvula, but he used to smile only. And whenever he saw clouds or winds, signs of deep concern would appear on his face. I said, “O Allah’s Apostle! When people see clouds they usually feel happy, hoping that it would rain, while I see that when you see clouds, signs of dissatisfaction appear on your face.”

He said, “O ‘Aisha! What is guarantee for me that there will be no punishment in it, since some people were punished with a wind? Verily, some people saw (received) the punishment, but (while seeing the cloud) they said, ‘This cloud will give us rain.’ “(Sahih Bukhari : Book 6 , Volume 60 ,Hadith 353)

May Allah Ta’ala safeguard all of us and grant us  death upon imaan – Ameen.