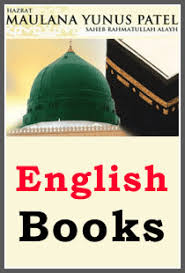 In the business field, men and women are often found offering their hand for a handshake. It is formality and considered part of good business dealings and interaction. Many brothers enquire as to how to deal with such situations.
As Muslims, we keep before us the Command of Allah Ta’ala: That it is Haraam (forbidden) for us to touch, let alone shake the hand of a strange woman (or vice versa).
Rasulullah (Sallallaahu ‘alayhi wasallam) said: “It is better for an iron rod (nail) to be driven into the head of a man, than for him to touch a woman who is not permissible for him.”[Tabrani]
Moreover, Allah Ta’ala’s Pleasure comes before any form of social etiquette – when it contravenes Shari’ah.
In such a circumstance, where a woman extends her hands, then averting the gaze, politely tell her:“It should not be taken as an insult that I do not shake your hand. It is from my religious teachings that Muslim men are not allowed to shake the hands of those females who are not related to him. It is also out of respect for you and it is out of loyalty to my wife, that I do not touch a strange woman.”
Simple. There is nothing to be ashamed or embarrassed of; nor is there a need to be apologetic. There is also no need for a lengthy speech. It is evident that such a teaching is full of wisdom and protection, and directs towards modest conduct and respect for others.
Similarly, we should lower our gazes and avoid looking at strange women. These are Commandments, which if practiced upon, will truly impress and attract those who are non-Muslims. Many have accepted Islam, observing such high levels of respect, modesty, purity and noble character.