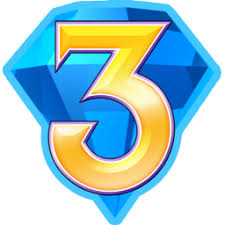 A husband and wife still relatively young and just married decided they wanted to live happily and freely in their old age. So the husband went off to find some work in order to cater for this prospect. But before he went he made a covenant and condition with his wife saying “You are to remain faithful to me a and I shall remain faithful to you”. After this he went off looking for a job until he passed a farm where he found some work.

The farm owner decided to hire the husband. Before the husband started work he made a covenant and trust with the farm owners saying “You are to remain honest with me and I shall remain honest with you” and a second request saying that whatever I work from now till my old age, I want to be paid fully right at the end in one large sum so I can take it home and live happily with my wife in old age.

So the husband worked honestly for 20 years till he turned 50 at which point he requested the sum of 20 years work to return back home.

The farm owner was disappointed seeing such an honest worker go, however he remained true to his trust and offered the full sum of money to the husband, however he told the husband “You can either take your money OR you can take some advice that I will give, one of the two but not both”.

Perplexed, the husband prayed and asked for guidance in this matter until he decided that money will end and can get lost. Thus deciding to take the advice from the farm owner. At this the farm owner gave the following advices:

? There are no shortcuts in life

? Do not indulge yourself in other people’s problems

? Do not make decisions when your angry and promises when you’re happy

On the way home, he asked for directions to his town at which people informed him of a shortcut to his town. At first the man decided to take the shortcut until he remembered the first advice ‘There are not shortcuts in life’, at which he turned around and took the long way home. After a while he was informed that on the ‘shortcut’ there were cannibals waiting for someone to come through. At this the man praised Allah and showed gratitude and carried on.

As he was travelling, it got late and he was tired at which he decided to stop at a hotel for the night. During his sleep he heard screams from outside at which he opened the window. However he quickly remembered the second advice ‘Do not indulge yourself in other people’s problems’, at which he closed the windows and went to sleep. The next morning as he left for his town once more he was informed by the hotel that ‘You were the first person to not go out and the first person to leave this hotel alive as that was a trap to loot you’. At this the man praised Allah and showed gratitude as he set off.

Now he had reached his town and had found his house. As he approached he saw his wife with a young man at which he was enraged. However he remembered the third advice which was ‘Do not make decisions when angry’ at which he turned around and slept outside for the night. In the morning he went into the home to find out the young man was his own son as his wife was expecting when he left 20 years ago. At this he thanked Allah and showed gratitude.

As they sat down the husband took out the loaf of bread and cut it, just to find gold coins hidden by the farm owner inside.

Not only had the advice of his elders saved him but he had also gotten more wealth than he had worked for. A story for us to take heed from and adhere to the the wisdom and advice of our elders.