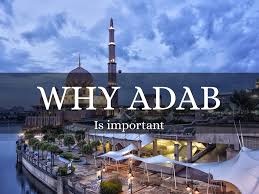 The era of the Sahaabah was the most blessed of eras in the history of Islam. It was an era replete with righteousness and piety. Despite the various means of acquiring Islamic information being non-existent in the time of the Sahaabah viz. the internet, CD’s, Islamic cassettes, radio stations, Islamic literature, etc., yet the entire ummah is unanimous upon this fact, that the Sahaabah possessed the greatest knowledge of Deen. Their consciousness and awareness of Allah Ta’ala was unparalleled. They were a nation absolutely devoted and committed to Deen. Their steadfastness upon the Sunnah was proverbial. In short, they were guiding stars for humanity till the Day of Qiyaamah.
In retrospect, when we examine the present situation, despite there being an explosion of Islamic information everywhere, in the form of the internet, CD’s, Islamic cassettes, radio stations, Islamic literature, etc., yet people’s understanding of Deen is extremely weak. Many people are stormed with doubts and misunderstandings in regards to Deeni issues. The desired level of commitment to Deen isn’t seen in the lives of the Muslims.
At this critical juncture, the question that arises is: “Why have the levels of Deen dropped so drastically? What is the missing link in the entire equation, that link which formed the corner stone of success in the lives of the Sahaabah, and today is missing in our lives?”

Hadhrat  Moulana Thaanwi (Rahmatullahi Alayh) explained that the cause for the current Deeni decline and spiritual retrogression is mainly due to two aspects lacking in the lives of the Muslims. Practising upon these two aspects will earn one success.

The first is acquiring a high degree of adab (respect) for everything related to Deen. The second is suhbat i.e. remaining in the company of the learned and righteous.

Hadhrat Haaji Imdaadullah (Rahmatullahi Alayh) is reported to have said: “Deen in totality is adab.”