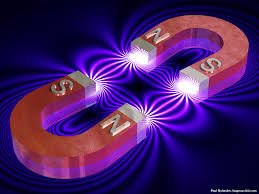 During our schooling years, we had learnt that magnets strongly attract certain metals. And we learnt that these metals or objects take effect from the magnet and become magnetic also.
When we were young, we saw the shoemakers pick up nails with magnets and then rubbing the nail on the magnet, the nail became magnetic and picked up other nails.
On its own, the nail is not magnetic, nor will it attract pins and other similar objects. However, when it is in contact with a strong magnet, for a period of time, it draws some of that magnetism and it also has the capacity to attract other objects.
The hearts of the Ahlullah are filled with the love of Allah Ta’ala and Rasulullah (Sallallahu alayhi wa sallam ). This love makes their hearts, magnets, which draw the hearts of people.
If we keep the company of the Ahlullah for a considerable amount of time, and with sincerity, our hearts too will become magnets.
We will draw the love of Allah Ta’ala and Rasulullah (Sallallahu alayhi wa sallam), as well as the effects of their piety and other noble characteristics, Insha-Allah.
(Malfoozaat of Hazrath Maulana Yunus Patel Saahib (رحمة الله عليه)