Poem on Tabligh, by a Brother from New York.. 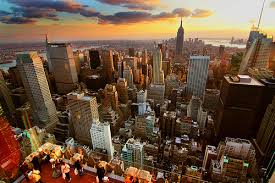 They came a-knocking on my door,

Not one- not two- not three ,but four

I was half asleep you could hear me snore

Those brothers with tableeghi tendencies hardcore

I tried my best to ignore
Those people whom I used to abhor,

I always thought of tableegh as quite a bore

Those pacifists who never talk of war.

But something woke me from my hibernation,

Perhaps it was divine decree for my salvation?,

So I went down the stairs with trepidation

And opened the door with hesitation.

We exchanged salams and I let them enter,

They suggested I visit the markaz- the tableeghi center,

So I agreed eventually not wishing to dissent

And they made me stand and wrote down my intent.

And ever since I have travelled the globe,

In my coloured hat and delightful robe,

Gone are the nights of the flashing disco strobe

The Masjid has become my nocturnal abode.

And in my days I call to ALLAH-the heavenly Lord,

And besides him none deserves to be adored,

Doors are slammed in my face and I am often ignored,

But I aspire in Jannah to a great reward

I no Longer drive a Lamborghini,

My wife sports now a niqaab, and not a bikini

The sunnah of milk has replaced my Vodka martini,

Oh what joy to be a tableeghi

What do kings know of what we own?

They but delight in their earthly throne

Praise be to God who kept the pleasures of tableegh unkown,

How can the deaf man appreciate Beethoven’s tone?

How many a person has been caused by tableegh to convert,

By the simplicity of message-pure and clean without dirt

Waking and changing sinful hearts that once were inert

There may not be pamphlets or elaborate computer graphics,

No polished speeches to give people kicks,

But to nourish water just needs to be simple and pure

It’s a way oft-tried and most secure

Scientists say a true equation’s truth lies in its simplicity,

So Said William of Ockham in conformity,

Tableegh is simple , true and full of authenticity,

In both worlds it will give you felicity.

Theres no takalluf- or fake duplicity,

Only a shallow pond pretends to have depth with turbidity,

So in this age of media spin an sophistry

Tableegh provides us with many a refreshing quality