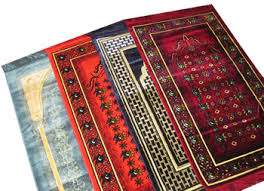 “The Prophet of Allah (Sallallahu Alaihi Wasallam) cursed the one who pays a bribe and the one who accepts a bribe”(Abu Dawood, Hadith #: 3580)

Q. can a woman in haidh (menstruation) touch a musalla (prayer mat) just to fold and put it away? I’m asking this because, I was in a situation where I had touched the musalla after it was washed and my mother-in-law said that I was not supposed to touch while in haidh and that she would have to wash the musalla again.

A. It is permissible for a woman in menstruation to touch the prayer mat. This does not make the prayer mat or anything else she touches impure.