Islamic Poetry and the Current Trend. 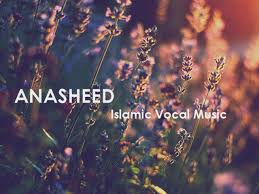 Islamic Poetry and the Current Trend.

In recent times there has been a surge of interest in Nazms and poetry. Every now and then a new “nasheed group” is announced, or a new “artist” releases his/her latest album. The entire issue of poetry has taken a new hue in society, and it has become fashionable for even Deeni conscious Muslims to be associated with this new trend.

No doubt poetry has its valid position in Islam, however current trends do not conform to the Islamic stand on poetry.

In former times, poetry was a vehicle used to instil Islamic values in the hearts. It was generally composed by sincere and pious persons, who themselves diligently practiced on the Shariah. The wordings were used to invoke emotions of love for Allah Ta’ala and the Deen. The result used to be that the listener would be then become a more ardent follower of the Shariah.

In today’s time it has become a mere entertainment. In the vast majority of cases the listener does not understand what is being said, so how can he/she be affected by the words?

The composers are themselves, in most cases, those whose lives do not conform to Shariah. Their words of Love of Allah and his Rasool (Sallalahu alayhi wa sallam) are hypocritical; hence it has no effect on the listener. Some of these poets and performers imitate their western counterparts — the rock and pop groups – in appearance, style, dressing, tune, etc. to the extent that it is sometimes difficult to distinguish between these “nasheed groups” and their western idols.

This trend is creating a lucrative industry. Some of these “nasheed groups” are contracted to multinational music companies, and parade in “tours” and road shows, raking in millions. Could such songs ever produce the desired Islamic effect?

The current trend is that even those singers whose works are free from music at present eventually get caught up in this evil. At first drums are introduced, then “synthetic” computer generated music is brought in, and finally it ends up in the use of full “conventional” music. Thus these nazms and nasheeds are Shaitaan’s tool to lead even the apparently Deeni persons to clear-cut Haraam.

Listening to the melodious voice of the opposite gender is totally prohibited in Islam. The horrendous consequences of this violation of Shariah are being witnessed in our society. We are dealing with cases which exemplify the deep wisdom in this prohibition of the Shariah.

In factual cases womenn,, upon listening to the attractive voices of men, have instantaneously fallen in love with them. Some have abandoned their husbands and children in pursuit of this illicit love. Families have been rendered asunder in the wake of this evil.

Similarly no honest man would deny the Haraam emotions the sweet female voice produces in the heart. Thus these nazms and poetry have run havoc in society, and we are witnessing the ruin it produces in its wake.

In an effort to stem the tide of these evil trends facing the Ummah, one and all would be required to abandon even those songs that may, at times, be technically permissible.

Rasulullah Sallallahu alayhi wa sallam has mentioned: “Halaal is clear-cut, and Haraam is clear-cut. Between the two are doubtful things. Many people do not know if these are Haraam or Halaal. Whoever leaves these out in order to save his honour and Deen, he will be safe. The one who gets involved in these doubtful things, soon will he be involved in (clear-cut) Haraam.” (Tirmithi, No. 1221)

May Allah Ta’ala grant us all to adopt the safest path.