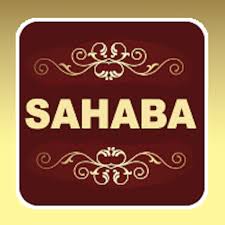 The Sahaabah Radhiyallahu Anhum form part of the very foundation upon which our Deen is built. It is through their diligence in imbibing, preserving and propagating the teachings of Rasulullah Sallallahu Alayhi Wa Sallam that we have Imaan today. Minus the Sahaabah and we would never have heard the Quran nor known the Sunnah of Rasulullah Sallallahu Alayhi Wa Sallam.

Abdullah bin Masood Radhiyallahu Anhu has stated: “Verily Allah looked into the hearts of his servants. Thus He selected Muhammad (Sallallahu Alayhi Wa Sallam). He sent him with his message and He chose him out of his perfect knowledge. Then Allah again looked into the hearts of His servants and He chose the companions of His Nabi . He made them the helpers of His Deen and the ministers of His Nabi.”‘Musnad Abi Dawud’

This series will Insha’Allah focus on some of the most eminent Sahaabah and give us a glimpse of their many virtues.

>>  Sayyiduna Abu Bakr’s Radhiyallahu Anhu natural purity was such that even before Islam in an atmosphere of idol-worship and alcoholism, he never once indulged in idol worship nor did a sip of alcohol pass his lips. ‘Ibn Asaakir’

>>  He was the bosom friend of Rasulullah Sallallahu Alayhi Wa Sallam from childhood. ‘Kanzul Ummaal’

>>  He was the first adult male to embrace Islam. ‘Al-Isaabah’

>>  On his acceptance of Islam, he immediately commenced spreading the message of Islam. Through his efforts the following giants of our Deen embraced Islam: