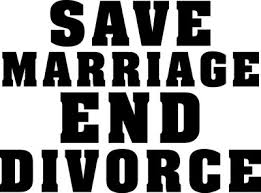 The alarming explosion of Talaaqs in our present times is a cause for great concern. The mention of the word Talaaq which was at one time taboo in our communities has now become such a common and cheap word that in some marriages every argument features this word; either the husband threatens with it or the wife demands it. Forgotten is the grave warning of our Rasul (sallallahu-alayhi-wasallam) that Talaaq causes the grand throne of Allah to shudder. This is an expression to convey the utter abhorrence of Talaaq in Islam (unless it is extremely unavoidable).

The sanctity of Nikah and marriage has all but left the hearts of these people. Nikah has almost become like another of the hundreds of disposable commodities in the market – disposable plates, cups, towels, lighters, etc. A casual and cavalier attitude has almost developed towards the institution of Nikah, an attitude that says if it doesn’t work out, it doesn’t matter, we’ll live on – maybe try again. Some people have gone through a number of divorces in their lives without a care in the world.

What has contributed towards this deplorable state of affairs? A number of factors could be responsible for this recent proliferation of talaaqs which has resulted in so many broken homes and shattered families. Lack of proper Islamic education is one big factor. Lack of fear of Allah is another. Selfishness, hard-heartedness, stubbornness, callousness, an uncompromising attitude is another factor. Never overlook the devastating effect of western culture and values in the home – it is poison for the Muslim marriage. Inability to handle the pressures of marriage and an escapist attitude is a major factor. Anger is another dangerous factor.

When a person loses control of his anger and flies into a towering rage, he can do the most drastic and foolish of things in the world. The fruits of anger are very bitter. Sayyidina Rasululluh (sallallahu-alayhi-wasallam) has mentioned: “The beginning of anger is madness and the end result is sorrow and regret.” Whatever the cause maybe, in order to gain some temporary, imaginary victory, or to score a few points in one’s favour, an extremely short-sighted decision is taken and the long term implications are totally ignored.

In almost all instances the short sightedness adopted in handling the situation by giving or demanding the Talaaq results in much regret, misery, sorrow and heartache later on. Often the damage is too extensive to rescue or salvage the situation. At that time, a frantic effort is launched to obtain fatwas or rulings to reverse the devastating damage of Talaaq, but to no avail. Even if a fatwa is obtained under false pretences or grounds, it cannot render lawful that which Allah has rendered unlawful and forbidden.

Nowadays, some parents and family elders too adopt an indifferent, casual attitude and hardly bring any pressure on the warring couple to pull together and resolve their differences. The sad reality is in some instances, they have actively promoted the process of disintegration of the marriage and encouraged the Talaaq! At times, they simply shut the door on the any discussion or dialogue to address the problem. Sometimes, the pride of the parents or family comes even before the interest of the couple who inwardly are willing to reconcile but do not have much say because of family pressures.

Then there is the wider Muslim community that sits by as spectators, as if watching some boxing or wrestling match. They are content to pass remarks and indulge in idle gossip on the sad state of affairs. This is a very  dangerous attitude. The fire of divorces and marriage breakdown is spreading while people are watching idly. Heaven knows whose house will burn down next if the situation is not arrested in good time. The least that the general public can do when they hear about a marital dispute is to make fervent Dua that Allah must give Hidayat and understanding to the couple and save their marriage. To save marriages, Islam has actually permitted the speaking of “white” lies if that will bring about some degree of reconciliation in the couple. If the situation is left to spiral out of control, the fabric of our society will be rent asunder. Dozens of divorced women (and men) are not healthy for the well-being of society. Something has to be done about the present situation.

Just as the factors of Talaaq are numerous, the solutions to the problem are also multi-faceted. Mass-scale educational programs on matrimonial matters is an absolute imperative. Through the pulpit and various fora and Islamic media, both print and electronic, a sustained educational campaign is to be launched. Spiritual programs that contribute towards Allah-consciousness and fear of accountability are absolutely imperative and need to be increased many fold. Attitudes and outlooks need to be changed.

Rectification of character and conduct – Islahe-Nafs – is a crying need. Marriage counseling with an Islamic orientation must be increased dramatically. Pre-marital educational programs should become compulsory for all prospective couples – boys and girls. A decadent lifestyle and western values have to be shunned and spurned if a marriage is to work and thrive. Islamic values based on simplicity and humility and a sunnah way of life is a guarantee for a happy married life. With these concerted efforts, the tide will slowly turn, Insha-Allah. The rot will be remedied and a solid and firm family structure will result. This in turn will become the bedrock of solid communities, giving rise to a mighty Ummah. For those who are experiencing marital problems, please don’t simply throw the towel in and walk out. Please be patient, forgive, forget  and overlook, make duas, seek help and guidance, make one more attempt to make it work – this time it might work out with Allah’s help!