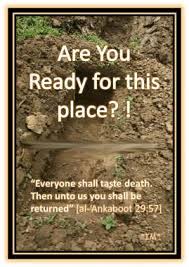 Faizel Patel, Radio Islam News- 2013-05-08
Tickets were sold out within minutes. People will queue for hours or may even camp overnight to be first in line to enter. This weekend sees the concert of world renowned teenage idol Justin Bieber.This question that needs to be asked is: As a Muslim should I be attending such a gathering? What happens if I attend and I die at the event which is totally contradictory to the teachings of Islam and our beloved Prophet Muhammad (PBUH)?Radio Islam’s Mufti Zubair Bhayat says as the Muslim community, people should not be attending music, pop and rock concerts because it’s completely haraam, it’s a major sin in Islam and we are putting our Imaan at stake.“And think about the fact that if us or our children, Allah forbid you know have to meet up with a tragic accident going or coming from these kind of haraam places. How are we going to face Allah’ Ta’ala on the day of Qiaamah (Judgement)?” said Mufti Bhayat.

“What kind of death is going to overtake us if we are in some kind of haraam act like this when death overtakes us,” emphasized Mufti Bhayat.

Mufti Bhayat reiterates that those that go from other communities are people that don’t believe in Aakhira (hereafter), issues of morality, halaal and haraam. “If they go, that is their matter between them and their creator. They will be answerable for their doings,” added Mufti Bhayat.

He said it is extremely heart breaking to learn that Muslims in large numbers are buying the concert tickets and will be attending the concerts. “Youngsters especially and I believe, leave alone youngsters, but even more tragic and more heart breaking is the fact that many of our young girls, our young daughters will be attending these types of functions, with the support and blessing of their parents, of their families,” added Mufti Bhayat.

Mufti Bhayat highlighted that the Ummah is the architect of their own destiny.