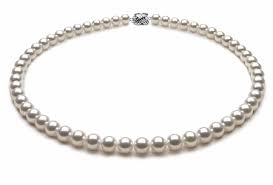 I was a student in Makkah Mukarramah. One day, I was hungry and could not find anything to stave off my hunger. On my way home, I found a small velvet pouch neatly tied with a tassel of silk. I picked it up and returned home with it. Upon opening it, I found a beautiful pearl necklace, the like of which I had never seen before.

I later went out and saw an old man with five hundred dinaars in a cloth, crying out loudly, “This is the reward for the one who returns to me a pouch containing a pearl necklace!” I thought to myself, “I am in need and extremely hungry. I can benefit from this reward by returning the purse to the old man.” I thus approached him and said, “Come with me” after which I led him to my home. On arriving at my home, he gave me the complete description of the pouch and tassel, the pearls, the number of beads in the necklace and the cord with which they were strung. Having ascertained that the pearl necklace belonged to him, I took out the pouch and handed it to him, to which he promptly presented me with the reward of five hundred dinars.

Seeing the reward, however, I refused to accept it saying, “It was a necessary duty for me to return the pouch to you without any reward.” The man continued to insist that I take the reward but as much as he insisted, I continued to refuse.

After some time, I left Makkah Mukarramah and travelled by sea. The ship carrying us was wrecked and all the passengers drowned. I managed to hold onto a piece of floating wreckage and thus continued to float in the ocean, not knowing where I was destined to reach. Eventually, I drifted to an island which was inhabited by Muslims. I went to one of their musjids and began to recite the Quraan Majeed. When the people of the island heard me recite, every single one of them came to me and requested that I teach them to recite the Quraan Majeed correctly. I thus commenced teaching them and was well remunerated for my services.

One day, I noticed a few pages of a Quraan Majeed in the musjid and picked them up in order to recite. When the people saw me, they asked if I could write. I replied in the affirmative to which they requested that I teach them. Soon many of them brought their children along so that I could teach them as well. This occupation made me completely independent.

After some time, they requested that I marry a wealthy orphan girl from among them. I refused but eventually, on their insistence, I agreed to marry the girl. After the nikaah was performed, the girl was brought to me. On seeing her, I began to stare at her necklace as it was the very same necklace that I had found many years ago! The people said to me, “O Shaikh! You will break the heart of this girl by staring at her necklace instead of looking at her!”

I therefore narrated the incident of the necklace to them and they all began to spontaneously shout, “Allahu Akbar! Alhamdulillah!” I asked them what the matter was to which they replied, “The man who had taken the necklace from you was the father of this girl and used to say regarding you, ‘I never met a more truthful Muslim. May Allah Ta‘ala bring him to us so that I may marry him to my daughter.’ This du‘aa of his has now been fulfilled.”

I lived with my wife and was blessed with two sons from her. She finally passed away and I, together with my two sons, inherited her necklace. Later, my two sons also passed away and I became the sole owner of the necklace. I eventually sold it for one hundred thousand dinars. (Az-Zail ‘Alaa Tabaqaatil Hanaabilah, vol. 1 pg. 443)

1. Although Qaadhi Abu Bakr (rahimahullah) was starving and in dire straits, he refused to take the reward offered by the man as he wished his action to be solely for the pleasure of Allah Ta‘ala, not for the sake of acquiring a monetary reward. Similarly, before carrying out any good deed, we should examine our intention and ensure that our objective is solely that of pleasing Allah Ta‘ala.

2. A person can only acquire that which Allah Ta‘ala has decreed for him – not more and not less. Furthermore, when Allah Ta‘ala decrees that a person receive something, he will most definitely receive it at some point or another. Hence, Qaadhi Abu Bakr (rahimahullah) was destined to become the owner of the necklace and thus although he returned it to the man in Makkah Mukarramah, Allah Ta‘ala made it come to him many years later, not only with honour and respect but also with such immense barakah that he sold it for one hundred thousand dinars. We should thus completely abstain from resorting to haraam in earning a livelihood as we will still earn the exact same amount that Allah Ta‘ala has decreed. However, in the case of haraam, we will also be earning the anger and punishment of Allah Ta‘ala. If we are patient and adhere to halaal, we will earn the same amount but with the pleasure of Allah Ta‘ala and barakah.

3. The du‘aa of the parent for the child gains acceptance very swiftly. However, although accepted, the du‘aa does not always materialize immediately. In this regard, we should continue to make du‘aa and should never feel as if our du‘aas are rejected.