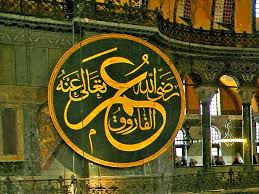 Hazrat Umar (Radia-allahu anhu) asked about a man from Syria who was very strong (and whom he noticed was absent). It was said to him that he had persisted in drinking alcohol. He said to his scribe to write:

“From ‘Umar ibn al-Khattab to so and so. Peace be upon you, praise Allah beside Whom there is no other god. In the Name Allah, the most Gracious, the Most Merciful.

{Ha Meem. The revelation of the Book is from Allah , the Exalted in Might, the Knowing. The Forgiver of sin, the Acceptor of repentance, the Severe in punishment, the Bestower (of favours), There is no deity except Him, to Him is the final return.} (Quran 40:1-3)

Then he sealed the letter and said to his messenger, “Do not give it him except when he is sober.” Then he commanded those who were with him to pray for his repentance. When the letter reached the man he started to read it and said, “My Lord has promised to forgive me and has warned me of His punishment,” and he kept repeating it until he wept. Then he gave up wine and kept away from it. When ‘Umar, heard of that he said, “This is what you should do. If you see that one of you has slipped, correct him, pray for him and do not help Shaytan against him (by insulting him, etc.).”