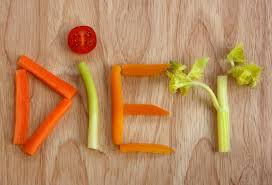 This subject includes observing diets, refraining from excessive eating and the general guidelines that should be observed regarding eating and drinking.

Physical ailments attack and harm the body and alter its normal functions, because of an excess amount of a substance. This type constitutes the majority of diseases and occurs, because of overeating or consuming more than what the body needs, which brings about little benefit or is not digested easily, or due to complex meals. When the son of Adam habitually fills his stomach with these types of foods, he will end up with various types of diseases, some of which take a long time to heal. On the other hand, when one consumes moderate amounts offood and eats sensibly, the body will get the maximum benefit from this diet, as opposed to when one overeats.

The foods we eat are either for necessity, sufficiency or excessiveness. Prophet Muhammad Sallallaho Alaihe Wasallam told us that one only needs a few bites to sustain him, so that his strength does not fail him. When one wishes to exceed what is barely enough, he should reserve a third of his stomach for his food, another third for the water or drink and the last third for breathing. This is the best method of eating, both for the body and for the heart. When the stomach is full of food, there will not be enough space for drinking. When one consumes something to drink on a full stomach, ones breathing will be difficult, thus bringing about laziness and fatigue. One will feel heavy, as if carrying a load on his stomach. Consequently, one will be lazy fulfilling his obligations and will seek other desires now that his stomach is full.

Eating until full as a matter of habit weakens the strength and the body, even as one becomes fatter. The body will be strong when it gets the nourishment it needs and can utilize, not from the quantity of food one eats.

The human body consists of three basic elements, water, solids and air. This is why our beloved Prophet gave each of these elements its due share in the body.