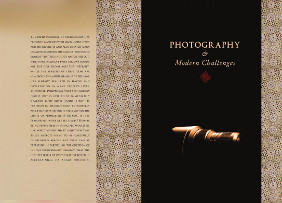 The rapid progress of technology has provided mankind with many useful items and instruments and also created many challenges. Among the various “two-edged swords” that technology has dished out, which are in almost every person’s hands, are the cell-phone and the internet.

Whilst the benefits of these items are numerous, the misuse or abuse of the same has already resulted in havoc and devastation in many people’s lives. Therefore, everything that technology dishes out is not to be immediately grabbed with both hands. First its position in Shariah must be properly ascertained, whether it falls within the limits of permissibility or not. If it is permissible, what are its limits? Despite being permissible in principle, would its use affect other Shari’ objectives?

All these aspects have to be carefully considered before any view can be expressed. In particular, the question of digital photography demands that the highest levels of caution be exercised in ascertaining its Shari’ position.