Staying indoors at the time of Maghrib? 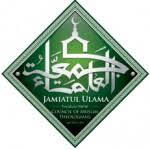 Q. In many Muslim regions it is considered that it is prohibited to go outside after sunset (during Salah al-Maghrib), especially it concerns children. whether there are bases at this custom in Islam?

A. The practice of preventing children from going outdoors at the time of Maghrib is established from the Hadith. Sayyiduna Jabir (Radiyallahu Anhu) reports that the Prophet of Allah (Sallallahu Alaihi Wasallam) said:

“When it starts to become dark at night, keep your children indoors for the Shayateen (plural of Shaitaan) roam around at this time. When the time for Esha passes, you may let them out” (Sahih al-Bukhari, Hadith #: 3280)

Due to the time of Maghrib being a time of high traffic for Shayateen and Jinn, it is emphasized for children to remain indoors as they are most vulnerable to the interference of such creatures.