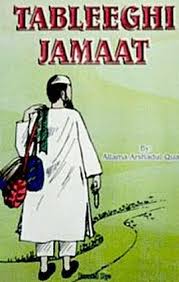 In response to a request seeking clarity on the Tablīgh Jamāt movement, we hereby present the following.

An independent investigation on any issue is the corner stone of justice and fairness as also understood from the following verse of the Holy Quran:

O’ those who believe, if a sinful person brings you a report, verify its authenticity, lest you harm a people out of ignorance then become remorseful on what you did. (Qurān 49:6)

We understand the importance of political stability and the need for the intelligence of the Government to closely observe and monitor the activities of various organizations. We appreciate that and welcome such scrutiny as that process helps to filter the true and sincere organizations working for the general welfare of mankind from disruptive ones.

We take this privilege to introduce your honourable self to the noble activities of the Tablīgh movement.

At the outset, the Tablīgh movement is apolitical and has no political agenda at all.

The core of the movement is to create Allāh consciousness in people and make them obedient slaves of Allāh. The aim and objective of the Tablīgh movement is to secure eternal success for every human being and to prepare for life after death and accountability to Allāh.

The Tablīgh movement instills this sense of responsibility in every person and creates in him the desire to sacrifice his time and resources to come out in the path of Allāh for self-reformation and to inspire others.

This self-sacrifice approach driven by Allāh consciousness and concern for eternal success has been proven to be exceptionally successful throughout the world. Millions of people have reformed their lives and started coming to the Masjids to perform Salāh. They have changed their lives from immorality and shamelessness to being spiritually motivated. They have eradicated the debasing qualities and spiritual illnesses from their hearts and have replaced them with noble characteristics such as sincerity, humility, kindness, and well-wishing for all the creation of Allāh including non-Muslims and animals.

The Tablīgh movement has impacted many nations and communities and inculcated a great sense of responsibility in people. The core message of focusing on Allāh and placing one’s trust in Allāh (Imān and Yaqīn) has made:

b)    The rich and affluent to share their resources and develop the under privileged.

c)     The negligent to stand up to his responsibility and support his family with earning an income.

d)    The careless to abandon wine and intoxicants

While a Government may be searching and contemplating on solutions to its various domestic, social, and economical challenges, the Tablīgh movement positively contributes to the reformation and solutions of the various problems solely for the pleasure of Allāh and well-being of mankind. They do not seek any political position or any reward. Their reward is by Allāh:

My reward is only with Allāh. (Surah Yūnus, Verse 72)

The Tablīgh movement focuses only on the following six points to achieve self-reformation:

1.      Entrenching the belief in the Oneness of Allāh (Tawhīd)

2.      The importance of performing Salāh

3.      Education and Remembrance of Allāh

6.      Propagating the message of Islām

These six points can be condensed in two points-

If anyone attributes anything else to the Tablīgh movement other than what we have stated he is misinformed.