‘YOUR’ Words Can Be A Means Of Change… to BODY & SOUL 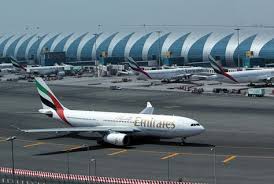 Two Arab youngsters were chatting at an airport in the UAE… talking about their trip to Morocco & their proposed plans & how they had lied & fooled their parents into believing that they were going for Umrah.

Little did they realise they were being overheard by an Arab jamaat brother. Feeling rather uneasy about what these boys were up to, the brother contemplated whether to approach & advise them or to remain silent. Being Arab, his straight forward nature coupled with deep compassion was inherent… & having the Ummah’s concern at heart, he just couldn’t remain silent…

So he approached them & informed them of what he’d heard. The only thing that kept coming to his mind which he felt would deter them from their plans & he expressed it to them was, “What if your death come in Morocco!!” “How will your parents feel if they had to receive news of that??”

He then convinced them to cancel their 10 day trip to Morocco. Alhamdulillah, Allah turned their hearts & they did. Arrangements were then made for them to meet with a jamaat in Jeddah who would make arrangements for their Umrah & so they left for Jeddah.

On their way for Umrah, as was Muqaddar(destined), they passed away…
انا لله وانا اليه راجعون

Now forever, will these 2 boys receive the reward of Umrah & so will the brother who made Amr bil Ma’roof & Nahiy ‘anil Munkar/who enjoined the good & forbade the evil.

May Allah Ta’ala make us from those who fulfill this task(Amr bil Ma’roof & Nahiy ‘anil Munkar) which was exclusive to the Ambiya alayhimussalaam & now is the obligation of each person of this Ummah. آمين يا رب العالمين